In a short space of time, Olivier Botta has won many admirers for his haunting, thought provoking work. What’s surprising though is not the attention he has started to receive but that Olivier has only recently started taking pictures.

Richard Glen: Hi Olivier, thanks for taking the time out to speak to me – how long have you been taking photographs?

Olivier Botta: I am a really new amateur photographer…  I have only just started to talk about myself as a photographer. I’ve only been taking photos for a year – and I really only started to think about it as a work or as something that I hope tells a story in the last 2 to 3 months.

RG: But it’s obvious you have a real gift. You mention telling stories. Much of your work to date has been self-portraits. Was that a conscious choice?

OB: No… I had no choice. As I told you before, I have only been taking photos for a really short time. I had to tame the machine and learn to be comfortable with it. That’s the first thing.

The second: I am very shy and had to work on myself to ask somebody to be in front me and my camera. Why me as model too?  I guess to be my own model is a sort of therapy on my body and what I see of it.

RG: It’s funny you say that as I am fascinated about the way you use your own body, as you are naked in a lot of the pictures you have taken. But you often look very exposed, very vulnerable. It seems a very important part of the stories you want to tell.

OB: I like to see the body as the truth – the part of you that you can’t hide. There is so much told in the behaviour or attitudes of your body.

But on the contrary, you can make it says things that are not… I mean for myself, I am shy, but I think that it is not what we feel when viewing my pics

RG: The idea of using the body as the truth is very strong in your work. I personally love the way you use your body framed in a much larger space. There is a really strong sense of sadness and isolation in your work.

OB: I am very happy that you feel that! But I would say nostalgia. Yearning.

RG: Nostalgia? Is it for a place or time? Or something less clear-cut?

OB: No, nothing with the time or place – I don’t really know why.

RG: You said that only recently have you started to think about your photography as something that tells a story. And I think it was the BodyBag series, and especially the levitation photographs that first made a lot of people sit up and pay attention. Where did that idea come from?

OB: I like the idea of the body unconstrained. An idea like liberty in the space. As a child, I often dreamt that I flew. I guess that, in my work,  I now take my revenge on gravity

RG: It’s such a striking series of photographs. Are you proud of them and the response they’ve had?

OB: Proud – that’s not it, more surprised – I did not think that I would have so many responses, comments and likes.

RG: But people are definitely responding to your work. Do you have ideas for where you want to go next?

OB: Nope! I will go on with the BodyBag series. And then maybe an exhibition!

RG: That’s brilliant! Do you think now you have a little more confidence you’ll feature other people or will you still use yourself heavily in your art?

OB: I used Fred, my husband, in the BodyBag series and my son-in-law. I have other shoots soon too. No subject particularly… but, I guess I will make other BodyBags!

RG: And I can’t wait to see them!
Thank you so much Olivier. 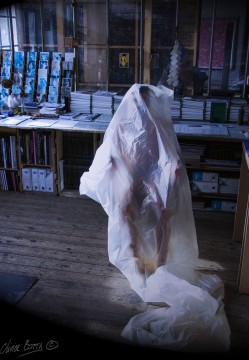 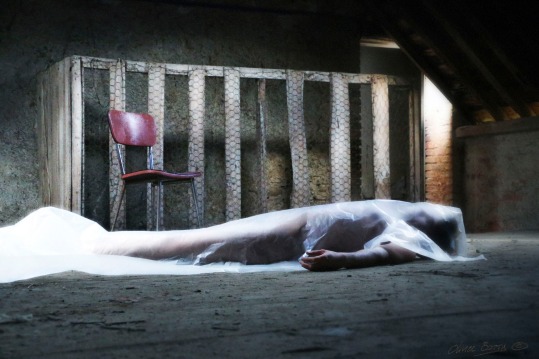 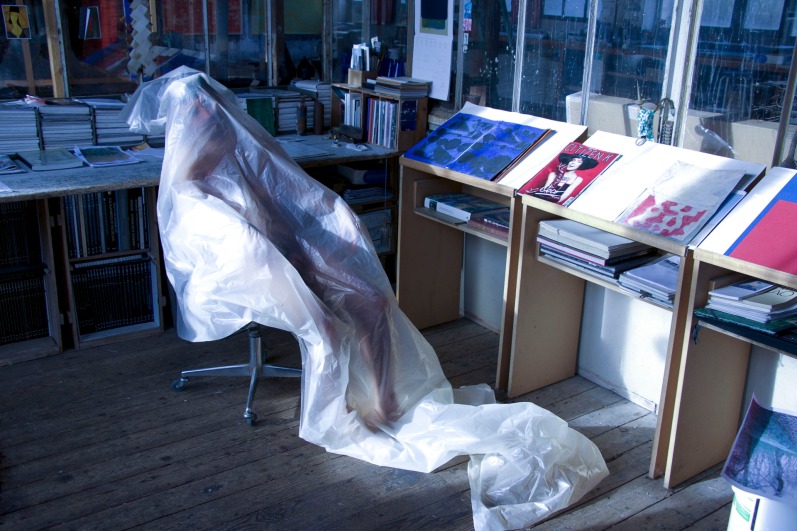 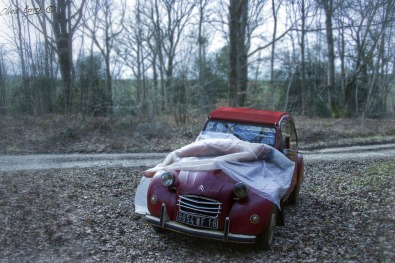 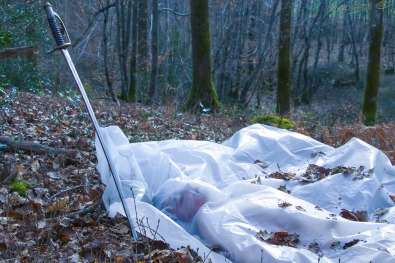 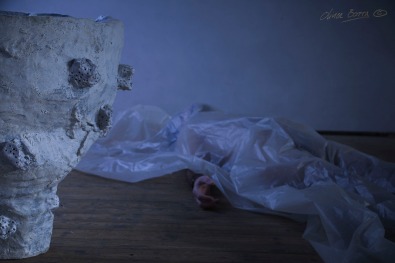 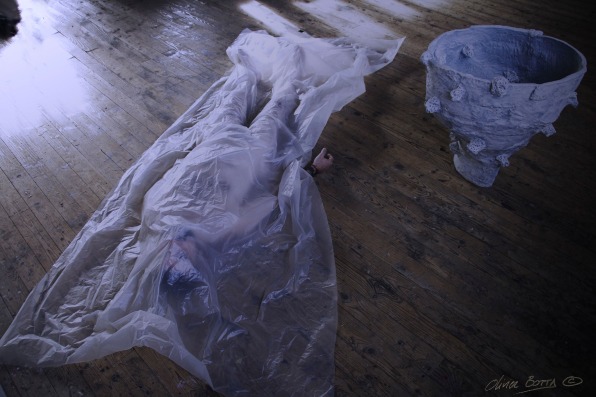 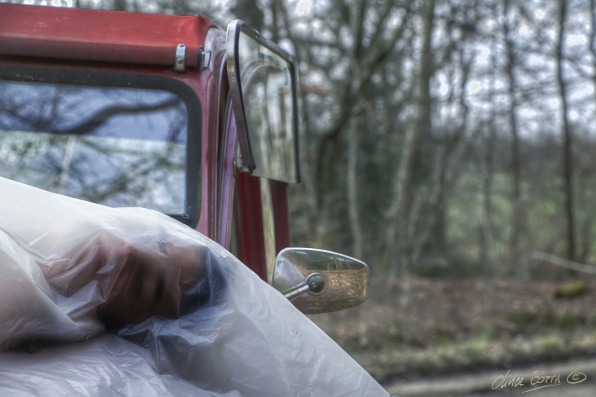